Mike Burns, President of North South Nautical Group Inc., is pleased to announce that Cenk (Jack) Yener has joined the North South Yacht Sales division. He will be working jointly with his wife Elif Hanhan Yener who joined NSYS in 2015. 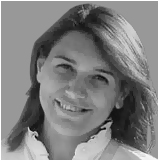 Originally from Turkey, the Yener’s were the owner/operators of a successful Yacht Brokerage at the Kalamis Marina in Istanbul. While Elif re-located the family to Canada, Cenk (Jack) who holds a Florida Yacht & Ship Salesperson’s License, operated as a Yacht Broker in Miami.

According to Burns: “Combined, Cenk and Elif have a wealth of knowledge and well-established contacts not just in Canada, but throughout Europe and the United States. Cenk will make a wonderful addition to the team”.

Yener commented “I’m excited about my move to North South Yacht Sales. I will be able to deliver the highest level of service that North South Nautical Group is known to deliver. I’m really looking forward to servicing the Canadian market, while maintaining my established contacts in North America and abroad!”

They will be based out of the North South Nautical Group head office in Port Credit.

North South Yacht Sales specializes in the sale of pre-owned power and sailing yachts. With its head office based in Port Credit Harbour Marina, North South Nautical Group is a premier yacht brokerage in Ontario with several locations throughout the province.

In addition, the NSNG team has strategic alliances with brokerage firms in the United States, Europe and the Caribbean. North South Nautical Group was the first yacht brokerage firm in Canada to be recognized by the Certified Professional Yacht Broker program as an Endorsed Brokerage.