“We know that sometimes, as much as we don’t welcome the news, you may need to sell your used boat,” stated Sean Horsfall,  Len’s Cove Marina General Manager in a recent blog post. “We wanted to give you the best brokerage value by minimizing the time that process takes, and maximize the amount you can receive for your boat.” 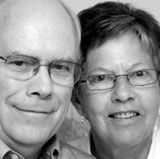 Fraser and Annie Campbell, who manage the Eastern Ontario Office, are Certified Professional Yacht Brokers and will become the NSNG representatives at Len’s Cove. Well known and well liked by the Len’s Cove community, Fraser and Annie had previously docked their 40’ Trawler there.

NSNG will now handle all boat listings valued greater than $10,000 and 24’ or longer with a cabin. Len’s Cove boat buyers and sellers will now benefit from North South Nautical Group Advantage.

Len’s Cove Marina, located on the Rideau, has been at the center of Eastern Ontario boating since 1958. The marina Len’s Cove Marina supports trained mechanics and technicians, full canvas shop, dock staff and a full service restaurant – the Galley. They are also dealers for 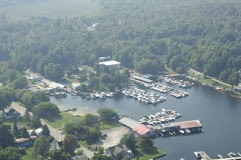 Fraser and Annie Campbell became members of the NSNG team in 2008. As well-experienced boaters, they spent many summers aboard a 40’ trawler. They have combined their passion for boating and their extensive sales experience to transition new and long-time boaters into the boating lifestyle.

“We are pleased to develop a strategic alliance with such a reputable operation as Len’s Cove Marina”, stated Mike Burns, President of NSNG. “By combining forces, we feel we can better serve our collective customer base in Eastern Ontario and beyond”.

North South Nautical Group is Ontario’s premier yacht brokerage. With the head office located in Port Credit, NSNG also has satellite offices in St. Catharines, Georgian Bay, and Eastern Ontario. NSNG is a pre-owned boat specialist with experienced and accredited yachts brokers which has earned them the accreditation of being the first “Endorsed Brokerage” in Canada, as recognized by the Certified Professional Yacht Broker program.