LED Lights could be causing VHF Radio or AIS problems 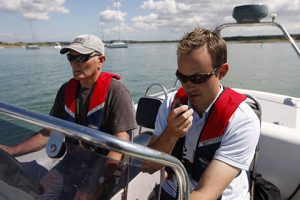 However, these same lights may also be causing poor VHF radio and Automatic Identification System (AIS) reception, according to a Marine Safety Alert  recently issued by the U.S. Coast Guard.

The U.S. Coast Guard advises that it is possible to test for the presence of LED interference with the following procedure:

If the radio now outputs audio noise, then the LED lights are causing interference and it is likely that both shipboard VHF marine radio and AIS reception are being degraded.

The U.S. Coast Guard also requests any boaters experiencing these problems to visit Coast Guard Navigation Center and under “Maritime Telecommunications” located on the side navigation panel, describe:

If you’d like to learn more about VHF DSC radio or AIS operation, Canadian Power and Sail Squadrons offers two Maritime Radio courses at many of their country-wide squadrons.