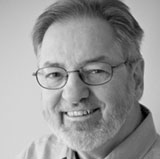 Don was first smitten with boating when traveling on his family’s Chris-Craft Cruiser in the Bay of Quinte and through the Thousand Islands.

It was after graduating from Queen’s with a Bachelor’s in Education and establishing his teaching career in Peel Region, that Don was introduced to sailing at the Port Credit Yacht Club.

He purchased his first sailboat, an Ontario 32 named Salut, with the intention of sailing offshore to the Caribbean.

From very humble beginnings, as Don says, “not knowing the pointy end from the flat end”; he has managed to sail Salut over 40,000 nautical miles including all the Great Lakes (except Superior), the Caribbean including the Windward/Leeward Islands, the Bahamas, and the Northeast coast of the USA with stops that included the Chesapeake, Long Island Sound, Nantucket, Martha’s Vineyard and Cape Cod.

After retiring from a stellar teaching career of 32 years, Don’s long-time friend David de Eyre encouraged him to become a yacht broker with Clift’s Marine Sales and the rest is history. Don’s honesty and natural enthusiasm for boating and meeting new people has helped him make many of his client’s dreams come true. He is dedicated to matching the right people with the right boat at the right price.

Many of his clients have become good friends and he has combined his lust for travel and adventure by cruising with them. In addition to a Trans-Atlantic crossing, Don has been fortunate to have sailed throughout the Mediterranean, the Greek Islands as well as several offshore deliveries to the Caribbean.

Don keeps Salut at the Midland Bay Sailing Club and together enjoys boating on one the best cruising waters in the world, Georgian Bay.